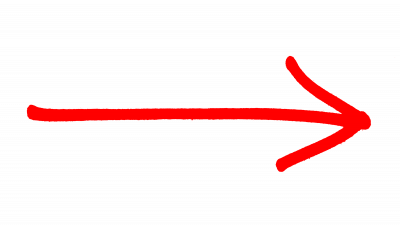 Next Step: Make Cards on the Automatic Key Concepts, and Vignettes

Remember, the more you automatically know what each sentence means on your test, the better you will do. There are 4 stages in making interpretation more automatic:

My goal with these vignettes is to help you reach Stage 4. How do you do so?

Copy + paste these into your cards, to make these key concepts more automatic.

What is the mechanism of developing type 2 diabetes mellitus?

Walk through the baroreceptor reflex in response to a drop in blood pressure.

Stroke is due to to FOCAL ischemia of the brain, and does NOT cause presyncope. Presyncope/syncope is almost universally hypotension.

What are the 3 elements in Virchow’s Triad? 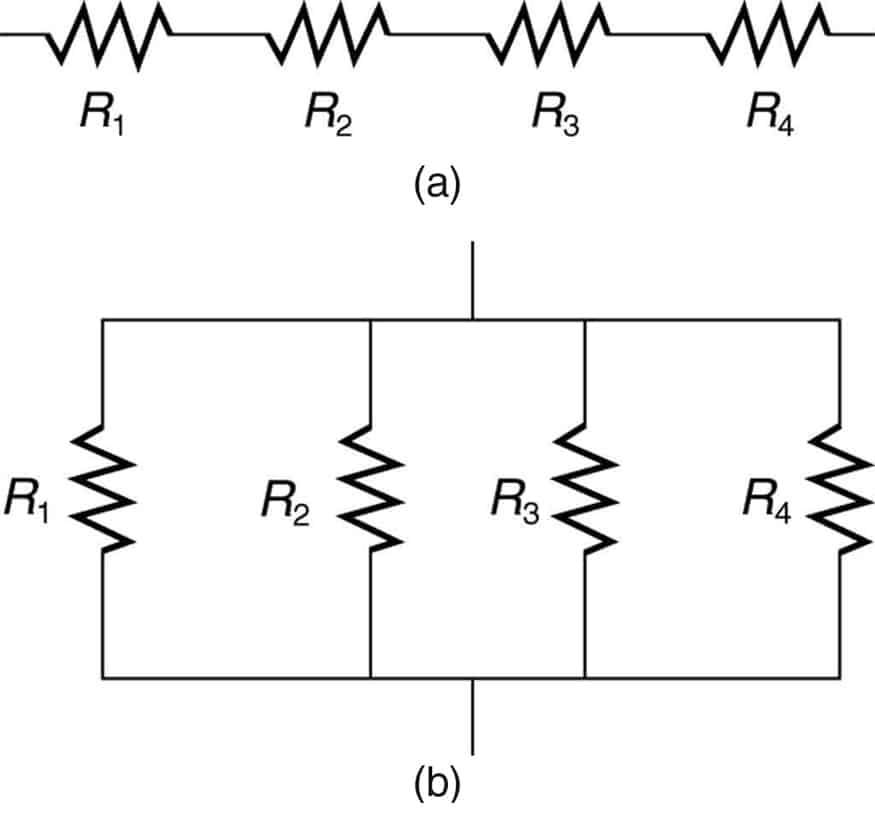 In a PE, blood can’t flow through the artery that is blocked. It may seem odd to use the term “resistor” for a path that blood can flow through since colloquially “resistor” implies that it would somehow be harder to move through. That is not the case, however, for the use of “resistor” in this case – resistor simply means “conduit for blood.”

If it’s easier, you can think of it as, “a PE removes a conduit in parallel for blood to flow through → total resistance ↑”

How can a PE lead to hypotension?

What is the mechanism of lower extremity edema in R heart failure?

Left vs. isolated right-sided heart failure: how can you differentiate between the two?

Copy + paste these into your cards, to make the connections behind these vignettes more automatic.

A 65-year-old man has poorly-controlled type 2 diabetes mellitus for 20+ years. He has progressive renal failure and tingling in his hands/feet. For the past several months, he gets lightheaded when he stands up from a seated position.

A 67-year-old man comes to the emergency department because of a 1-week history of worsening left leg pain and a 2-day history of lightheadedness. He has a 1-month history of worsening upper mid-thoracic back pain, with 25-lb weight loss. His appetite has been unchanged. He has smoked 1 pack of cigarettes daily for the past 20 years. Heart rate is 100/min, and respiratory rate is 20/min. CT scan demonstrates a 2-cm mass in the pancreatic head, with an ultrasound of the left lower extremity demonstrating a femoral venous clot.

A 36-year-old woman goes to the ED with complaints of sudden lightheadedness for the past 4 hours. She smokes and uses OCPs. She recently flew from Seoul to Los Angeles. Her jugular veins are distended, with lungs clear to auscultation. Her lower extremities have mild pitting edema.

We are sorry that this post was not useful for you!

System 1 = your “intuition” or “gut” feeling

For a further discussion, see this:

When you talk about system 1 and system 2, what are you referring to?

System 1 = your “intuition” or “gut” feeling

For a further discussion, see this:

In Vignette #1, for the alternate pathophys for decreased CPP wouldn’t the baroreceptor reflex cause vasoconstriction to compensate and restore adequate CPP? Unless this mechanism be altered to begin with and we would still be left with the first chronology to explain lightheadedness anyway…. Is that correct?

Yes there is vasoconstriction, so the decreased in CPP will not be as much as it would be if there were no baroreceptor reflex. However, there is STILL a decrease in CPP, which would explain the lightheadedness.

Can you please explain why the pulmonary artery should be thought of as removing a resistor in parallel? Doesn’t click for me. Here is the flashcard from above:

In a PE, blood can’t flow through the artery that is blocked. It may seem odd to use the term “resistor” for a path that blood can flow through, but if it’s easier, you can think of it as, “a PE removes a conduit in parallel for blood to flow through”

Can you please explain the parallel part? Why can we think of it as in parallel?

See my response above – hope this helps!

Is this the correct understanding of the cause of vasovagal syncope?

Interesting idea – honestly I don’t know what the cause of the increased parasympathetic tone is. Where did you come up with that mechanism? It sounds plausible! (Also, my name is Alec – I assume it was just a keyboard slip)

I was trying to figure out the pathophysiology of why vasovagal activates the vagus nerve → resulting in syncope. Do you have a better way to think of this?

I don’t unfortunately, sorry. Generally speaking, any sort of distress (hypoxia, hypoglycemia, etc.) leads to high autonomic tone generally – my guess is that it has something to do with parasympathetic tone somehow being higher than sympathetic tone, but that is purely speculative.

What’s the connection between Amylin and amyloid, is that the latter a byproduct of the former? I tried searching on the matter but simply got more confused. thank you.

Great question. I assume amylin was named that way because it was associated with amyloid – in other words, in people with high amylin (e.g., early DMII) they had accumulations of amyloid from the amylin. That is speculation, though. Amyloid, more generally, can come from LOTS of different proteins (presenilin in Alzheimer’s, amylin in DMII, etc.) – it is a superstructure of β pleated sheets, whereby overproduced proteins accumulate/aggregate together.

haha just listened to rest of the video, got it right. feels great Dr. Palmerton!

Great job! We provide “model” pathophysiologic chronologies so you can make your own, then compare them to what we have. Glad to see ours matched up!

How to organize the vignette in chronological order in time? we don’t have time to write down like this. We have to write in in our mind, right? how to train that?

Great question – yes, you do NOT have enough time to write them out by hand, but rather you will have to learn how to do this in your head. A lot of the speed will come from mastery of the concepts and knowing the major pathophysiologic chronologies in your head beforehand. You will NOT have enough time to construct new pathophysiologic chronologies for every vignette on your test. Rather, you need to know as many as possible beforehand, so you can simply “check” the vignette against the PCs in your head that you’ve already constructed. In this way, it… Read more »

how does β1 affect phase 4?

Hi Dr. Palmerton, I had two questions from the Cardio anki cards: “Functional regurgitation = Incompetence of a valve stemming from an abnormality in one of its support structures (i.e. papillary muscles, chordae, and valve leaflets are normal).” – Shouldn’t the last word be ‘abnormal’ instead of normal?”In coronary artery disease, when give coronary vasodilators (e.g. adenosine and dipyridamole) → non-diseased coronary will dilate → blood flow through non-diseased coronary ↑ → blood flow through diseased coronary ↓. For a visual representation: https://qph.ec.quoracdn.net/main-qimg-f49160b41390eadb3a8bb22c20d98329-c” – the link did not open Why is preload increased in heart failure? Lastly, what is the… Read more »

No, it should be “normal” – that is the point. The valve is normal, but there is still regurgitation, hence “functional regurgitation.”

Hi Dr. Palmerton,
One of the cardio anki questions mentions “In the ventricular myocytes, calcium channels contribute to the influx of calcium during phase 3 depolarization → ventricular contraction.”
However, I thought that phase 3 is due to K efflux from the cell (repolarization). I would appreciate it if you could clarify this. Thank you!

Thanks for the question, the card should say this:
“In the ventricular myocytes, calcium channels contribute to the influx of calcium during phase 2 depolarization (plateau phase) → ventricular contraction”

Thank you so much!

Dr. Palmerton, For the pathophysiologic chronology explained in the dashboard: “A 60-year-old man comes in with 4 hours of acute, left-sided chest pain. He has a past medical history of diabetes and hypertension. His temperature is 37 C, his HR is 95/min, and BP is 135/90. His EKG demonstrates ST-elevations in the inferior leads. The pathophysiologic chronology would be: DM + HTN (cardiac/vascular risk factors) → RCA plaque → rupture → RCA thrombus → posterior descending artery (PDA) flow ↓ → ischemia to inferior heart → left-sided chest pain / transmural infarction → ST-elevations in II, III, and aVF” My… Read more »

Yes, although honestly, I’m not sure how frequent is to have a PDA plaque rupture. But if it happened, then for sure it could cause an inferior MI.

Varshini A
Reply to  Dr. Palmerton

Dr. Palmerton,
Why can’t hypoperfusion to the brain (↓ Cerebral perfusion pressure) cause a stroke?
Thanks!

It certainly can – prolonged brain hypoperfusion gives you watershed strokes, since the watershed areas are the ones that are least perfused, and thus most susceptible to ischemia. But remember the brain has an ischemic time of ~5 minutes before it causes necrosis (this is likely why status epilepticus is defined as seizures for 5 minutes or more, and why it is associated with necrosis – during a seizure the brain activity spikes → demand ↑↑ → demand > supply → ischemia → necrosis). So a short period of hypotension wouldn’t cause a stroke, but a prolonged one certainly could!

Varshini A
Reply to  Dr. Palmerton

Wow, I never related this with status epilepticus. Thanks for the explanation!

For the Pathophysiology chronology for the first vignette (DM2 -> presyncope), would the damage to the autonomic nerves also include osmotic damage due to more glucose entering schwann cells -> aldose reductaase converts glucose to sorbitol -> osmotic damage ?

Yep – there are two major ways that hyperglycemia is thought to be bad for the body – osmotic damage (as you point out) and glycosylation of molecules (i.e., sugar starts adding itself randomly to proteins and other things in the body causing dysfunction in those things).

WOW! I’m just starting and this is my first actual lecture. Im in amazing awe! I can honestly say, while I knew the general principals, I would have missed sooooo many questions just because I had no idea of how to think chronologically…I can not explain how much of a difference this makes, but I am excited to answer questions from the Q bank today, just to see if I make a day one difference…WOW! thank you

That’s great!! So excited you’re able to start to see more of the pathophysiologic chronology behind each condition!